Royal Palace or Dar El Makhzen in Fes is a palace located in the city of Fes, Morocco. It was built in the 12th century by Marinid sultan Abu Yusuf Aq’qub and is one of the most famous palaces in all of Morocco.

The palace features beautiful architecture and is home to a number of museums and art galleries. It is also a popular tourist attraction, drawing visitors from all over the world. If you’re looking for an interesting and unique stop on your trip to Morocco, be sure to visit Royal Palace.

The palace is noted for its beautiful architecture and intricate design. It features a large courtyard with a marble fountain at its center.

The palace is also home to a number of stunningly decorated rooms, including the Hall of Forty Columns and the Sultan’s Chamber.

The Royal Palace is open to visitors, and you can tour its stunning interior rooms and gardens. Be sure to check out the intricate carvings and mosaics that adorn the walls and ceilings.

The palace is a striking example of Arabic architecture and is decorated with intricate carvings and beautiful mosaics.

The interior of the palace is just as impressive as the exterior, with grandiose hallways and lavish rooms. One of the highlights of the palace is the marble courtyard, which is surrounded by stunning arches and columns.

The Fes Royal Palace Interior is a must-see for visitors to the city. The palace was originally built in the 12th century and has been extensively renovated over the years. It is now home to the Moroccan royal family and contains beautiful tilework, mosaics, and carvings.

One of the most impressive features of the Royal Palace Interior is the ceiling, which is covered in intricate carvings.

The walls are also adorned with beautiful tiles in a variety of colors, and the floors are paved with intricate mosaics. There are several courtyards in the palace, each one more beautiful than the last.

The Royal Palace Interior is a stunning example of Moroccan architecture and is well worth a visit. Be sure to take your time exploring every corner of this beautiful palace.

The interior of the palace is just as impressive as the exterior. It is decorated with beautiful mosaics, carvings, and tapestries. There are also several courtyards in the palace, as well as a harem and a mint.

The exterior of the Royal Palace in Fes, Morocco is a sight to behold. The pink and white facade is stunning against the backdrop of the cityscape. The palace is located on a hill in the old city center of Fes, and it can be seen from all over the city.

The exterior of the palace is quite imposing, with its tall walls and turrets. The entrance is through a large gate, which leads into a courtyard. The courtyard is surrounded by arcades on three sides, and it features a fountain in the center.

The imposing walls and turrets are a testament to the power and majesty of the Moroccan monarchy. Visitors can admire the intricate details of the stonework and the beautiful tile work that adorns the facade. The Royal Palace is a must-see for anyone visiting Fes.

The Royal Palace is a large, rectangular building with four turrets at each corner. The walls are made of red sandstone and are decorated with intricate carvings and tilework. The main entrance is through a large gatehouse, which is flanked by two towers.

The palace which was the residence of the Moroccan sultans is lined with peristyle courtyards and decorated with fountains and mosaics.

The oldest part of the palace is the middle section which has been in continuous use since the foundation of the city.

The other sections of the palace were added by various sultans who successively rebuilt and added to the palace.

Can you go inside Fes Royal Palace?

As the largest palace in Morocco, Fes Royal Palace is a popular tourist attraction. However, while visitors can admire the exterior of the palace, they are not allowed to go inside.

This is because the palace is still used as a royal residence by King Mohammed VI and his family.

If you’re lucky enough to be in Morocco when the king is not in residence, you may be able to see the palace from the outside.
However, be sure to respect the security restrictions in place, and don’t try to enter the palace without permission. It’s definitely worth a visit if you’re ever in Fes.

Design and Structure of Dar El-Makhzen

The design and structure of Dar El-Makhzen palace are a testament to the grandeur and opulence of the Moroccan monarchy.

The palace is a large, sprawling complex with a number of buildings, gardens, and courtyards. It is said that the palace was designed in the traditional Andalusian style, which is known for its intricate Moorish designs and arches.

The main entrance to the palace is through a large gatehouse, which is flanked by two tall towers. Once inside, visitors are greeted by a large courtyard, which is surrounded by arcades on all sides.

The arcades are in turn flanked by numerous buildings, including the royal residence, government offices, and religious buildings. One of the most impressive features of the palace is its gardens.

The gardens are divided into several sections, including a section for fruits and vegetables, a section for flowers, and a section for orange trees. There is also a large pool in the center of the garden, which is surrounded by a promenade.

The palace is truly a sight to behold and it is no wonder that it is often referred to as the “jewel of Marrakech.” It is a symbol of wealth and power and it showcases the grandeur and majesty of the Moroccan monarchy.

The Royal Palace (Dar el Makhzen) is located in the heart of Fes, close to the main square. It is easy to find, and there are plenty of signs directing tourists to it.

How much does it cost to visit Fes Royal Palace?

If you’re looking for an interesting and beautiful place to visit in Morocco, look no further than the Royal Palace in Fes.

This majestic palace is home to the king of Morocco and is one of the most popular tourist destinations in the country. But how much does it cost to visit?

It’s FREE to visit the gate of Dar El-Makhzen Palace. However, there may be some restrictions on visits if you are not a Moroccan citizen. Be sure to check with the Royal Guards at the gate for more information.

When is it open?

Dar El-Makhzen Palace is open 24 hours a day and 7 days a week. So, you can visit any time that’s convenient for you.

So, if you’re looking for a budget activity in Fes, be sure to visit the Dar El-Makhzen Palace. It’s free to enter, and there are no restrictions on visiting. Plus, it’s open 24 hours a day and 7 days a week, so you can visit any time that works for you.

If you’re interested in learning more about Moroccan culture, be sure to visit the Royal Palace in Fes. It’s a great place to spend a few hours, and you’ll get to see some amazing sights!

The Royal Palace is located in Fez, Morocco. The palace has beautiful golden gates that are a major tourist attraction.

Many people take pictures of the doors because they are so famous. The gates are a symbol of wealth and royalty.

They are also very beautiful and ornate, adding to the majesty of the palace. Visitors can tour the inside of the palace as well, which is just as impressive as the exterior. If you’re ever in Fez, be sure to visit the palace and see its famous golden gates for yourself.

There are 7 golden gates in total. 6 of them are for the general public, and 1 is for the royal family. The gates were originally made out of wood, but they were later replaced with gold.

The gates have been maintained and restored over the years, and they still look as beautiful as ever. So if you’re looking for an impressive sight to see in Fez, be sure to check out the Royal Palace and its famous golden gates.

The Royal Palace is one of the most popular tourist destinations in Fes, and visitors can enjoy exploring the many beautiful rooms and courtyards that are open to the public.

The palace is also a great place to learn about Moroccan culture, as it houses a number of museums that showcase the country’s artwork and history.

Visitors can also enjoy the beautiful gardens and courtyards, which are a great place to relax and take in the sights and sounds of Fes. If you want to visit Dar El-Makhzen palace, it is open 24 hours a day and 7 days a week. 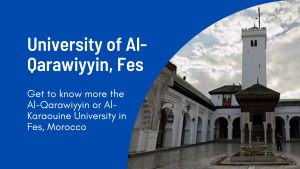 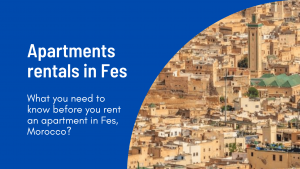 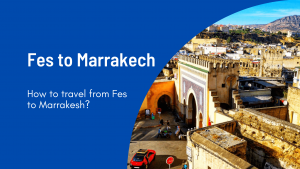